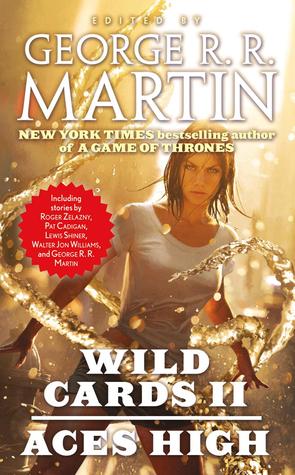 Back in print after a decade, the second volume of the Wild Cards saga

After the alien virus struck humanity in the wake of World War II, a handful of the survivors found they possessed superhuman powers. The Wild Cards shared-world volumes tell their stories. Here in book two, we trace these heroes and villains through the tumultuous 1980s, in stories from SF and fantasy giants such as George R. R. Martin, Roger Zelazny, Pat Cadigan, Lewis Shiner, Walter Jon Williams, and others.