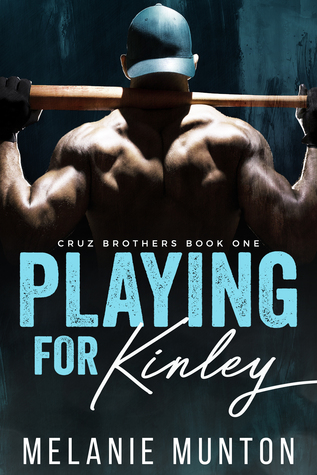 And he was in hell.

Parker Cruz pretty much had it made. Coming from basically nothing, he was at the height of his career and was now one of the best baseball players in the major leagues. He was raking in the millions just to play the game that had always been his passion. He was living the dream and could have anything he wanted.

Kinley always knew her camera would take her places someday. She was exactly where she wanted to be in her professional life, but her personal life…that was a long story. Because she always imagined that she’d see all of those places and share in those experiences with someone she loved. Someone she fell for a long time ago and someone who had crushed her heart and left her broken and crying in his wake. Parker Cruz. She had loved him forever and the one summer they had together was magic…before he took off for Boston and acted like she’d never meant anything to him.

Parker knew he’d screwed it up bad with Kinley and he didn’t blame her for hating him. But what he thought had been the right decision at the time turned out to be the worst mistake he had ever made. And now he was determined to win her back. He was going to make her fall in love with him again and nothing and no one was going to stand in his way. Not even Kinley.