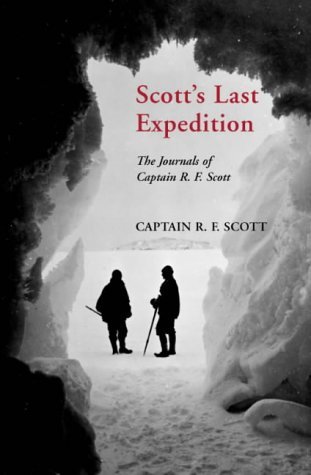 Captain Robert Falcon Scott (1868-1912) led two expeditions to the Antarctic, the first in the Discovery (1900-04) and the second (1910-12) in the Terra Nova. These journals written on these trips were found, along with Scott's body, several months after his death. the elements but also against the Norwegian team, led by Amundsen. In the end, Scott was beaten by both. Amundsen arrived at the pole a month before Scott and on the return trip the party perished in the freezing cold. to his final message before he died, written just 11 miles from base camp and safety. The work also features many photographs depicting members of the party and the pristine Antartic landscape.